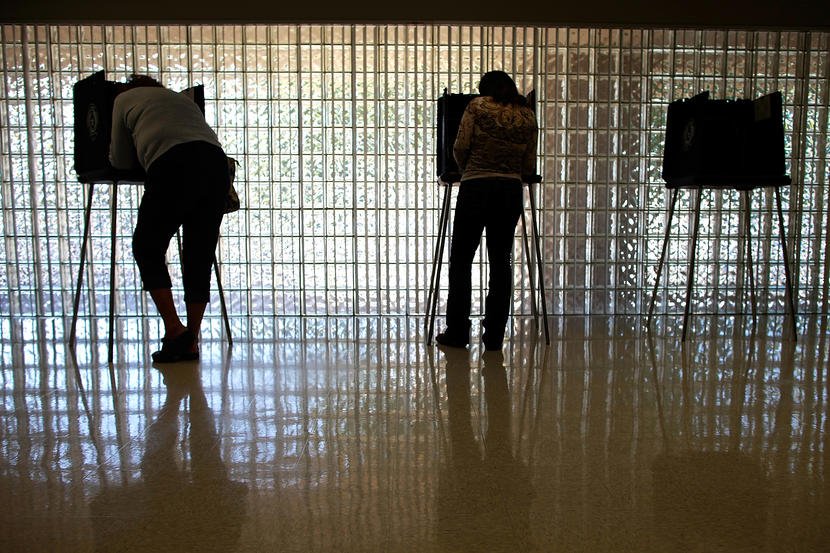 Thousands of Texans are being disenfranchised thanks to chronic failures in the state’s voter registration system, a Democratic group alleges based on government records and extensive additional evidence.

The charges raise serious questions about Texas’s commitment to making the ballot box accessible to new voters, and about its compliance with federal voting law.

In a letter sent Wednesday to Texas Secretary of State Carlos Cascos, lawyers for Battleground Texas, which works to register voters in the state, wrote that the state government’s “voter registration failures are widespread and systematically undermining the right to vote in Texas.”

The letter, which was obtained exclusively by msnbc, is likely to precede a lawsuit under the National Voter Registration Act (NVRA), more commonly known as the Motor Voter law, which requires states to offer registration opportunities through their motor vehicle departments and other government agencies.

“If the state does not want to engage and take the steps necessary to fix this, then we’re prepared to initiate legal action,” Peter Kraus, a lawyer representing Battleground Texas, said in a phone interview.

The allegations offer the latest evidence that Texas’s Republican administration is creating obstacles to voting as the state’s soaring Hispanic population threatens to shift the balance of power in the state. Around 2 million Texas Hispanics are unregistered, and just 39% of eligible Hispanics in the state voted in 2012, compared to 61% of eligible whites and 63% of eligible blacks.

Battleground was launched in 2013 by former Obama campaign staffers with the goal of making Texas competitive for Democrats by registering new voters.

It’s impossible to quantify just how many Texans have been disenfranchised thanks to the registration breakdowns identified by Battleground Texas. State records obtained via an open records request submitted by the group show that over the last four months of 2013 and all of last year, counties received over 4,600 complaints from would-be voters about registration issues—some of which appear not even to have been investigated.

Probably not all of those voters were ultimately kept from the polls, since Texas says some have subsequently been registered, though it’s not clear whether that happened before or after they tried to vote. But the 4,600 number is itself likely the tip of the iceberg of those who have had problems. For one thing, the tally only included data from the fewer than half of the state’s counties that reported complaints to the state. For another, lodging a complaint with the county can be a multi-step process that takes a certain level of initiative. That strongly suggests the number captures only a small fraction of those who faced obstacles.

Whatever the actual figure, the data make clear that the number of eligible voters being kept from the polls thanks to registration problems is exponentially greater than the number of ineligible voters casting ballots in the state, a concern that led Texas to pass the country’s strictest voter ID law. Since 2000, there have been just two proven cases of in-person fraud that would have been prevented by an ID requirement.

In interviews with msnbc, would-be voters expressed frustration and anger as they recounted going through the required registration procedures, only to be denied when they went to vote.

Totysa Watkins said that soon after she moved within the city of Irving in 2013, she updated her driver’s license and voter registration address online. But when she went to vote last November—bringing her five-year-old daughter with her to show her the importance of voting—Watkins was told she wasn’t on the rolls and forced to cast a provisional ballot. Two weeks later, she got a letter from the county saying her ballot had been rejected because there was no record of her voter registration application on file.

“I have been voting since I was 21, and to receive a letter that says my vote didn’t count just upset me. I feel like my voice wasn’t heard,” Watkins, who is 39 and African-American, said in an interview. “Even now, talking about it, it brings tears to my eyes.”

D’Andre Carter told a similar story.  He went into the Department of Public Safety (DPS) to change his driver’s license and voter registration soon after moving last summer from College Station, where he was a student, to Dallas County. Carter, a 24-year-old schoolteacher, wanted to vote in the 2014 elections. Soon afterwards, his new license arrived, but not his registration card. When he called DPS, he said, they told him they’d been having problems with the system.

When Carter went to vote, he wasn’t on the county rolls, and had to cast a provisional ballot. Soon afterward, he was told via mail that it hadn’t counted. And not long after that, his new registration card finally showed up—too late.

“I love the state of Texas, but I don’t feel very good about this experience at all,” said Carter, who is African-American. “That’s our fundamental right, going all the way back. Especially when my ancestors fought so hard to get the right to vote.”
”I feel like it shouldn’t be this hard,” Carter added. “I’m a U.S. citizen, I’m a Texas resident. I don’t understand how my vote could possibly not count.”

Battleground’s letter stops short of alleging that Texas is deliberately making it difficult to register to vote. But Kraus said it’s clear, at the very least, that the state hasn’t chosen to devote adequate resources to the task.

“What it comes down to is, there does not appear to be a priority with the Secretary of State to make sure that the [Department of Public Safety] is taking down the information, and properly transmitting it to the voter rolls,” said Kraus.

To support that conclusion, the letter lays out reams of evidence pointing to serious problems with the state’s registration procedures for those applying to obtain or update their driver’s license:

Republican lawmakers this month killed a bill that would have established online voter registration in the state, citing the threat of fraud.

Those who do successfully register must also contend with the state’s voter ID law, which has twice been struck down by courts as racially discriminatory but was in effect last fall thanks to an order from the Supreme Court. An estimated 600,000 registered Texas voters, disproportionately minorities, don’t have the ID needed under the law.

“I do firmly believe that the state has implemented a series of laws that make it difficult to vote,” Battleground Texas executive director Jenn Brown said in an interview. “Whether or not [the registration problems] fit into that, I think we’re not sure yet, but it’s something that we’re really thinking about as we’re starting a conversation with them.”

Texas is far from the first state to face claims that it’s failing to make voter registration easy enough under the NVRA. Last year, California agreed to mail registration cards to nearly 4 million people who signed up for Obamacare benefits, after good-government groups threatened a lawsuit. And the Obama administration itself was accused last year by voting rights groups of not doing enough to help Obamacare applicants register to vote—despite claims by congressional Republicans that it was doing too much.