Originally published in the Houston Chronicle on July 3rd, 2015

The Texas Secretary of State has agreed to study why thousands of Texans have complained over the past year and a half that they had problems registering to vote despite a federal law that requires all states to offer voter registration in offices where citizens apply for a driver’s license.

The state began its review only after Battleground Texas, a nonprofit voter registration aligned with the Democratic Party, said it might take legal action on behalf of individual Texans who have claimed they were disenfranchised because voter applications filed at driver’s licensing offices were not promptly processed, according to correspondence the Houston Chronicle obtained through public information requests.

In all, 4,600 individuals complained online between September 2013 and February 2015 about processing issues they experienced at motor vehicle offices run by the Department of Public Safety, public records show.

“Texas is failing to comply with the law and voters are being disenfranchised,” Mimi Marziani, legal director of Battleground Texas, wrote in a letter to the state. The fact that so many Texas voters complained through a relatively obscure online “portal” provided by the state, she said, indicates that the problem is likely much more common. 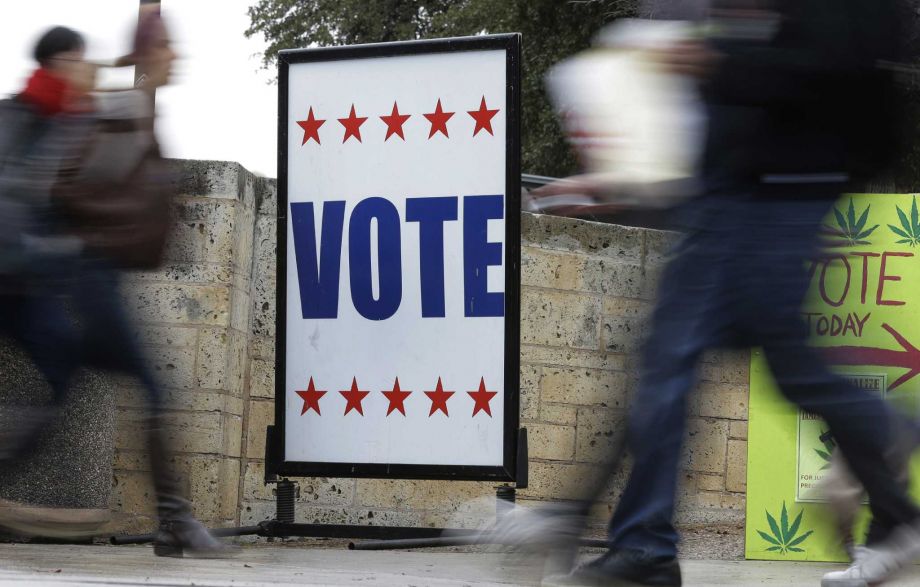 Alicia Phillips Pierce, communications director for the Secretary of State, told the Chronicle the office “is committed to fully complying with all State and federal law, and to safeguarding the voting rights of all Texans.”

“Our office is currently investigating the allegations in Battleground Texas’ letter, and, accordingly, is not in a position at this time to confirm or deny any of the allegations or characterizations contained therein,” she added.

Since 1993, the National Voter Registration Act, better known as the motor voter law, has required all states to offer voter registration in offices where citizens apply for a driver’s license or other form of identification.

The Houston Chronicle and the Fort Worth Star Telegram reported in 2012 that many would-be voters claimed that clerks at DPS driver’s license offices failed to process their registrations and that they were then unable to vote or forced to re-register. The Chronicle analyzed statistics and found low rates of motor voter registrations in certain Texas counties, including Fort Bend.

Records show that Secretary of State officials already have analyzed some of the reasons why so many motor voters complained through the online portal set up in September 2013. They already have agreed to eliminate one problem that has resulted in some registrations being rejected: Texas voters accidentally check “yes” in one box and “no” on a DPS form that some find confusing. But other more common problems identified by voters remain unaddressed.

One of the most common complaints is that driver’s licensing employees failed to process voters’ requests to register. Only if that voter later complained online or by contacting a county election official would state officials review scanned files to determine whether an individual had checked “yes” on a voter application. If that “yes” was verified, the individual was then registered to vote.

Other voters got confused when trying to update their Texas addresses on a Department of Public Safety website, which they wrongly assumed would simultaneously update their driver’s license file and their voter registration record. In fact, the Texas Secretary of State does not allow Texas voters to update their voter registration addresses online -unless the voter moved within the same county. Voters must do that separately by printing out and mailing in a new application.

Battleground Texas has argued that both of those glitches in Texas’ motor voter process violate the National Voter Registration Act. “Under the NVRA, every time an eligible resident obtains, renews or updates his or her driver’s license with DPS, DPS must simultaneously register that person to vote or update that person’s voter registration file. … There is considerable evidence that (Texas) is violating these mandates on an ongoing and continuing basis,” Marziani of Battleground Texas wrote in her letter.

In response to questions from the Chronicle, Vinger suggested that Texas voters track their own registrations. He suggested customers keep receipts when they leave a licensing office. The form will “clearly say Yes or No at the top … indicating that you have requested to begin the registration process. Therefore, if there was an error …. you can address it before you leave the office.” Texas generally suffers from low voter registration rates, particularly among young, highly mobile voters and in fast-growing population centers like Harris County. Battleground Texas partly blames motor voter problems for those low rates.

The state’s current process irritates Nan Toole, a Houston-based artist and volunteer who ran a series of voter registration drives on Houston Community College campuses. Toole met many students who claimed they’d tried to register at DPS offices. Toole said the Secretary of State’s office too often uses DPS databases to purge voter rolls – trolling for changes of address to delete voters – instead of using those requests to encourage voters to re-register.

“The intent of the (Secretary of State) to use the motor voter program to take away citizens’ right to vote is made obvious by the fact that changes of address to DPS are used to remove voters from their old address but not add them to the voter rolls at their new address,” she said.