By Mimi Marziani and James Slattery 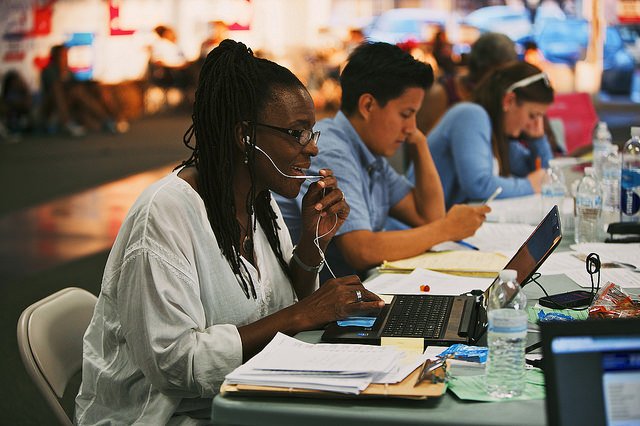 Texas has some of the strictest voting laws in the country. That’s why last year Battleground Texas teamed up with the Texas Democratic Party, county parties, the Wendy R. Davis for Governor campaign and the Democratic National Committee to run a coordinated, statewide Voter Protection Program.

The Program recruited and trained hundreds of volunteer poll watchers; released a series of educational voting rights videos in English and Spanish; ran a statewide, toll-free Voter Protection Hotline (1-844-TXVOTES); and operated eight boiler rooms across the state to detect and resolve voting issues as they arose on Election Day.

We heard from thousands of voters, and have compiled their complaints into several main areas of concern: inaccuracies with the state’s voter rolls (28%); issues related to the state’s new photo ID law (21%); obstacles to voting due to disorganized polling places (12%); and problems with the state’s voting machines (4%).

The good news is that in many of these cases, our Voter Protection Program was able to help. Volunteers looked up voters’ registration status when the Texas Election Administration Management (TEAM) database failed, helped make sure that voters with eligible IDs were able to cast a ballot, gave voters directions when Google Maps sent them to the incorrect polling location, and even assisted voters in obtaining the ID they needed in order to vote.

However, though our Voter Protection Program helped save thousands of votes in this past election, it’s abundantly clear that there’s still more work to do. We could only catalogue the problems reported to us, and while those alone were enough to be concerning, there is no way to know how many other voters encountered problems and, unaware of the Hotline or other avenues of recourse, walked away without reporting the incident or casting a ballot. The reports we received represent only a fraction of what happened across Texas.

The diversity of voices among our population is part of what makes Texas great – and it’s what will continue to make our state stronger for generations to come. We can’t let suppressive voting laws and inadequate election oversight keep those voices from the polls. That’s why Battleground Texas will continue to do the grassroots work we know makes a difference – registering, engaging and protecting voters – until we can be sure that every voice is heard.

Do you want to help us make sure that no vote in Texas goes uncounted? Volunteer to help us register voters, or support our Voter Protection Program — which is funded by generous supporters like you.