Eliana’s story is the first in a series of Battleground Texas Stories. This series focuses on what Texans have learned from being a part of #TeamBGTX and where they are now.

What spurred me to enter politics is knowing that laws were being made that affected my life, but I didn’t have any say in them because of my immigration status. I got involved in politics in college for the first time, and shortly after graduation, I joined Battleground Texas in my hometown of Lubbock.

One of the first things I learned when I got to Battleground Texas was how to tell my personal story. When I went door to door to talk to my neighbors about voting, I would tell them that because of my immigration status, I couldn’t vote. But the person who they would vote for in November would change my life. It was a really effective message — helping people understand that their vote not only affects their lives, but other peoples’ as well.

The Battleground Texas organizer for my area had a large turf. She traveled a lot, so I was really the one in charge of organizing Lubbock! I learned a lot of skills very quickly. One of the most valuable was how to engage and develop volunteers. I learned how to overcome obstacles and celebrate success. You have kids? Bring them to our phone bank, and we’ll have childcare. Only able to make 20 calls today? That’s great, that’s 20 votes. The most important thing was learning to take people’s passion and turn it into action, and that’s something Battleground Texas does very well.

I became a Volunteer Leader, cutting turf, knocking doors, training volunteers, leading trainings, and entering data. My day job was getting in the way of what I wanted to do — organize — so I used that time to enter data!

One of my favorite memories of being a part of #TeamBGTX is the day when I knocked 250 doors. I got up at 6 a.m. and immediately started knocking. Lubbock is pretty rural — you can’t just walk from one place to another, you’re going to have to drive from house to house. I knocked doors all day; I literally passed out at the end of that day. I got a call that evening, and my organizer told me that I had won a statewide contest for knocking the most doors! That was my favorite memory because I knew I accomplished something great and I got recognition from a statewide campaign. It was a great feeling because I had put so much time and energy into it.

Battleground Texas has done a phenomenal job of bringing power back to people, and doing the work that needs to be done to make Texas competitive.

After my time at Battleground Texas, I got a Master’s Degree in Public Administration. Now I work for a company that focuses on the intersection of technology and advocacy. I still want to empower more people to make their voices heard, just like I did at Battleground.

I love Battleground Texas and I look back happily on my time there. Battleground Texas helps people turn passion into action with concrete steps. Every person who registers, votes, and volunteers is going to change Texas. It’s only a matter of time. When Texas turns Blue, we can thank Battleground for that change. 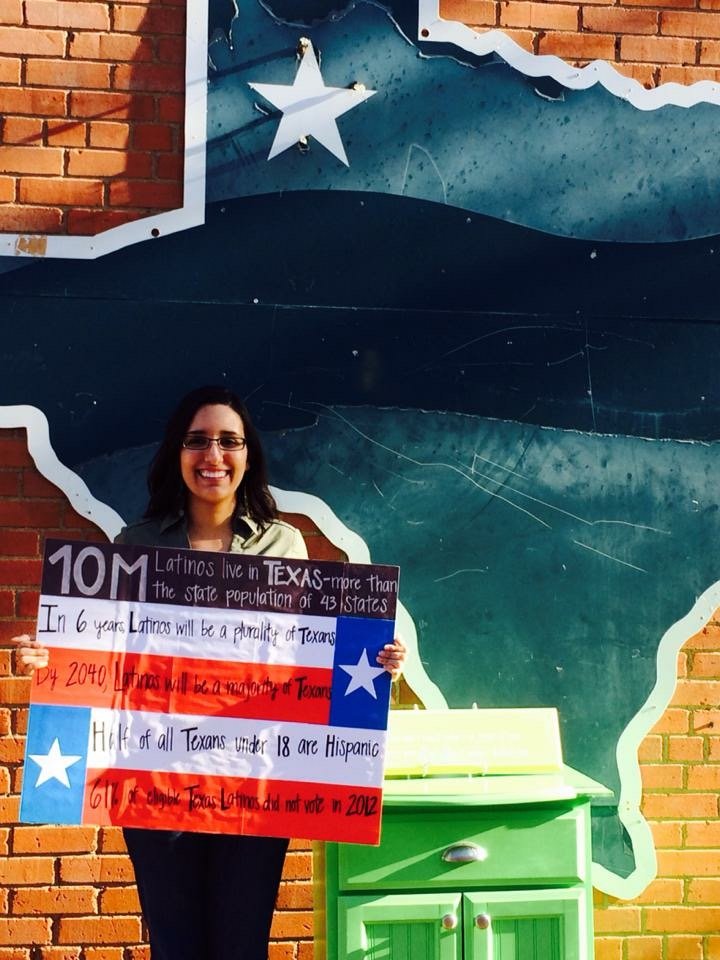 This is my Battleground Texas story. What’s yours?