On Saturday, I joined several legal experts at Battleground Texas to answer calls on our Voter Protection Hotline. We received calls from across the state — from Dallas to Corpus Christi; San Antonio to Pearland — and fielded a variety of inquiries, including helping voters find their polling places, understand Texas’ photo ID requirements, and exercise their rights after a recent move.

The Voter Protection Hotline is a service that Battleground Texas is proud to provide to Texas voters, to ensure that eligible voters have a meaningful voice in Texas’ democratic process. In 2014, we received over 4,400 calls, and  helped thousands of voters.

For the 2015 local May elections, the hotline was live throughout Early Voting and on Election Day. Voter Protection volunteer and Austin attorney Michael Ybarra led the effort — and answered several calls himself. In fact, Michael is such a “VoPro” pro that after answering one call, a voter asked whether he was a “real person” or a “robot”! 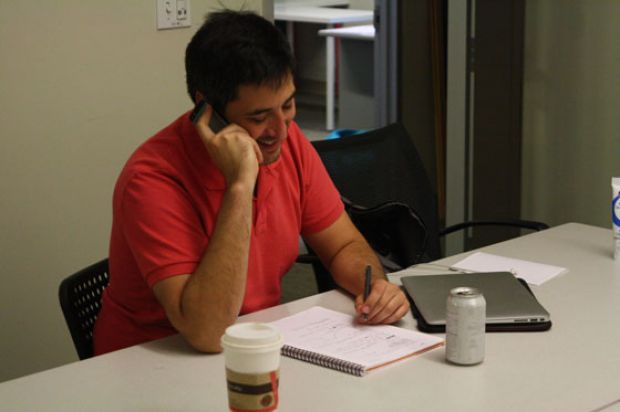 In addition to answering hotline calls in Austin, legal volunteers monitored targeted voting locations in San Antonio on Saturday, in connection with that city’s hotly contested mayoral race. In San Antonio, our efforts were led by attorneys Dawn Finlayson and Ruth Malinas.

In some cases, our assistance almost certainly made the difference between a vote cast and a vote discarded. And none of this would have been possible without the hard work and dedication of our Voter Protection volunteers — the Battleground Texas team thanks all of you!